consider the code snippet below, ill try to explain the way in which the javascript code is executed.

In phase one, a Global execution context is created(which is represented by the outer square in the diagram) the variables are assigned undefined and the function definition is assigned to its name in the global scope. Now, if we use const or let this will create the variables in the Script scope and not in the Global scope as shown in the image below. 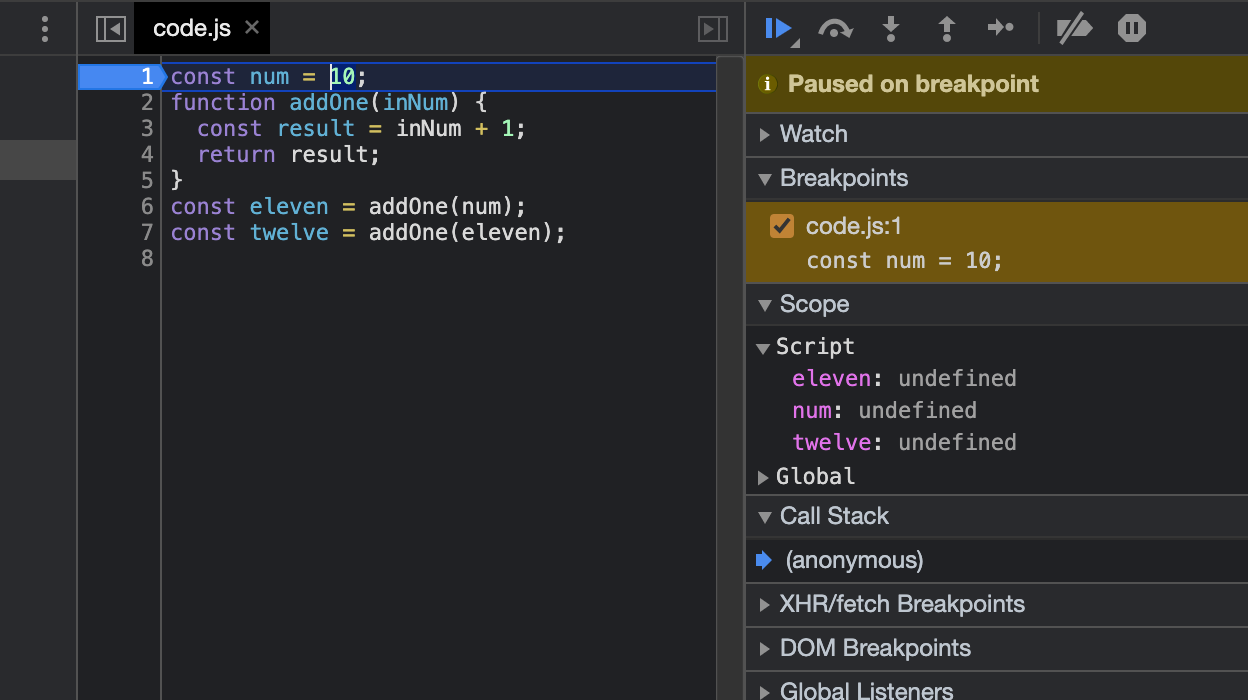 Once that is done in the phase two, the code is executed line by line, and in line 1, the variable num is assigned 10 in the global scope. Next it sees the definition for addOne, since there is nothing to execute it jumps to line var eleven = addOne(num).

Whenever a function is executed in javascript a new execution context is created. Remember when the program is run it has already created a Global Execution Context. Now when javascript engine encounters addOne(num) it creates a new local execution context, and passes the argument num to parameter inNum which has the value 10 in the memory local to it(global memory).

Now when the javascript engine encounters the line return result; the value of 11 from the local memory is returned and assigned to the variable eleven. If there is no return statement in a function, javascript always returns undefined.

Now the code execution is at line var twelve = addOne(eleven); and the value of 11 present in the global memory is assigned to the argument eleven and is assigned to the parameter inNum. Again when the javascript engine encouters a function execution in this line, a brand new local execution context is created. In phase one the variables are assigned undefined and function definition is assigned to their names if any exists in the function body.

In the second phase of code execution, the line var result = inNum + 1 is encountered, the value of inNum which is 11 is added to 1 and the value 12 is stored in the variable result which earlier had the value of undefined in the memory creation phase. When the javascript engined encounters line return result; the value in the local memory 12 is returned and the execution context is deleted.